Nearly all new buildings are required to comply with some level of minimum energy performance. The present day architectural design industry has the unenviable challenge of deciphering, understanding and applying these ever changing performance requirements to the built environment, Maximizing the cost-effective use of energy recovery equipment.

Design Teams have realized the importance of predicting potential building performance during the very early stages of the project so that performance requirements or project objectives can be met. Building Systems and Analytics understands the need for efficient and informative feedback on potential building performance and has developed an energy modeling process to allow for continuous assessment throughout the project life cycle. This approach involves understanding and applying the following: 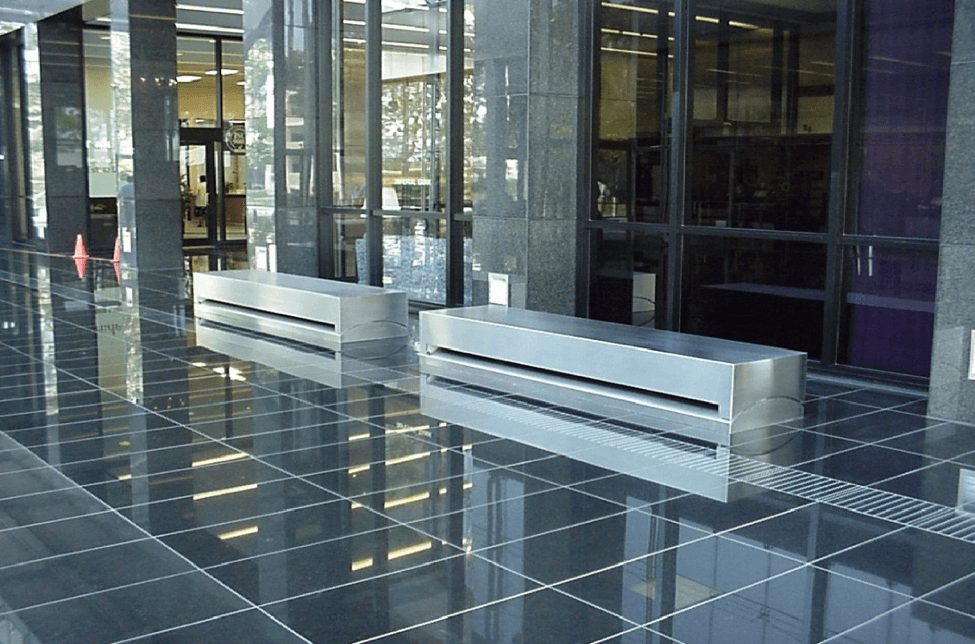 The design focus is shifting towards decoupling the space latent and sensible loads using 100% outdoor air systems. The focus is to limit the air quantities to meet the ventilation, latent and/or indoor air quality requirements using 100% outdoor air systems, decoupling the internal latent and sensible gains and providing parallel sensible cooling systems to handle the internal heat loads within the spaces.

Use the 100% outdoor air systems to handle all the outdoor air load, all the space latent load and as much of the space sensible load as possible, thereby complying with ASHRAE Standard 90.1 and other applicable codes.

The choice of parallel system includes all air VAV, fan coil units, packaged unitary equipment, ceiling induction units and radiant ceiling panels. This results in economizing on the fan energy and choice of ceiling induction units or radiant ceiling panel uses water as an efficient carrier to transport energy as and where needed. Such systems in conjunction with heat recovery have been demonstrated to save as much as 20% over conventional systems. 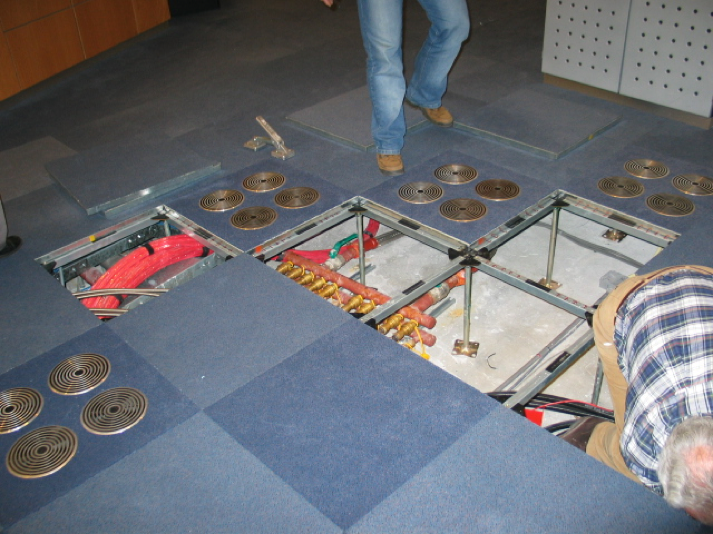 Underfloor systems are increasingly used in offices and commercial buildings and offer several benefits over conventional ceiling-based air distribution. The key benefits are: 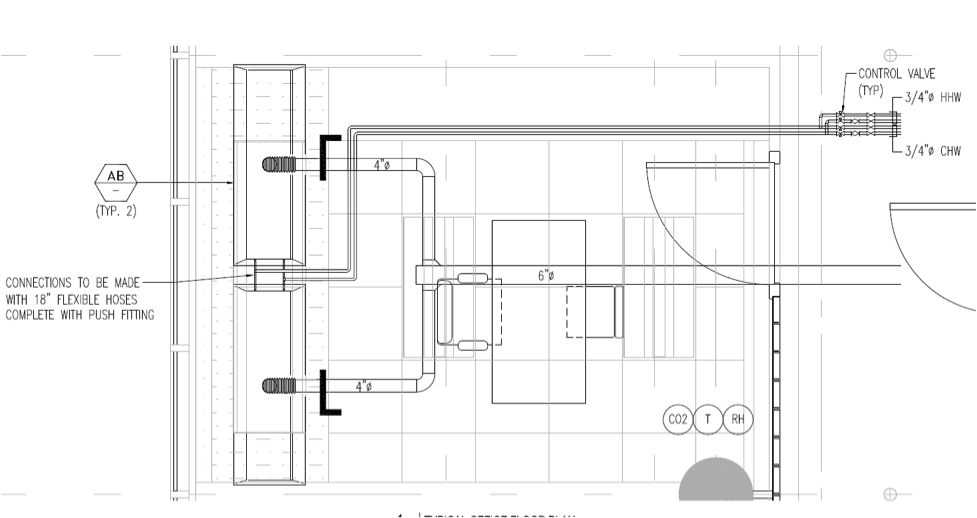 Simmonds first started designing passive beam systems in 1983 when he was with Van Heugten in the Netherlands. Passive beams were used with 100% outside air systems for a series of office buildings most notably Schiphol World Trade Centre.

Active Beams were slowly being developed in the late 80’s early 90’s and became further applied as the number of manufacturers increased.

In 1994, he wrote an ASHRAE paper on passive beams and thermal comfort.

There has been a much slower acceptance of both passive and active beams in the US and Asia. The common place comments on possible condensation have all been addressed and no real problems have been reported, other than problems caused by shoddy workmanship.

Simmonds is one of the authors on the new ASHRAE/REHVA Beam design guide and has been involved in the witness testing and client’s consultant for numerous beam project. He has presented lectures in the US, Europe and Asia on passive and active beam systems and has written several articles on Beam applications 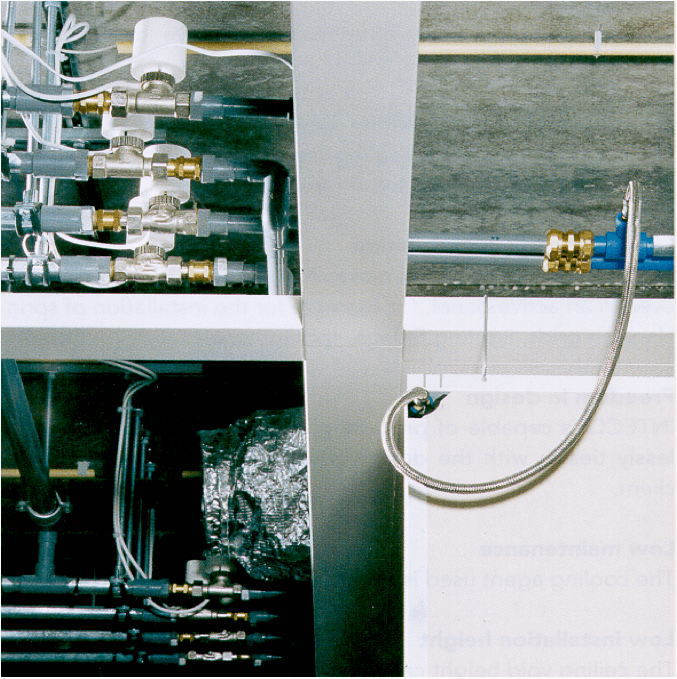 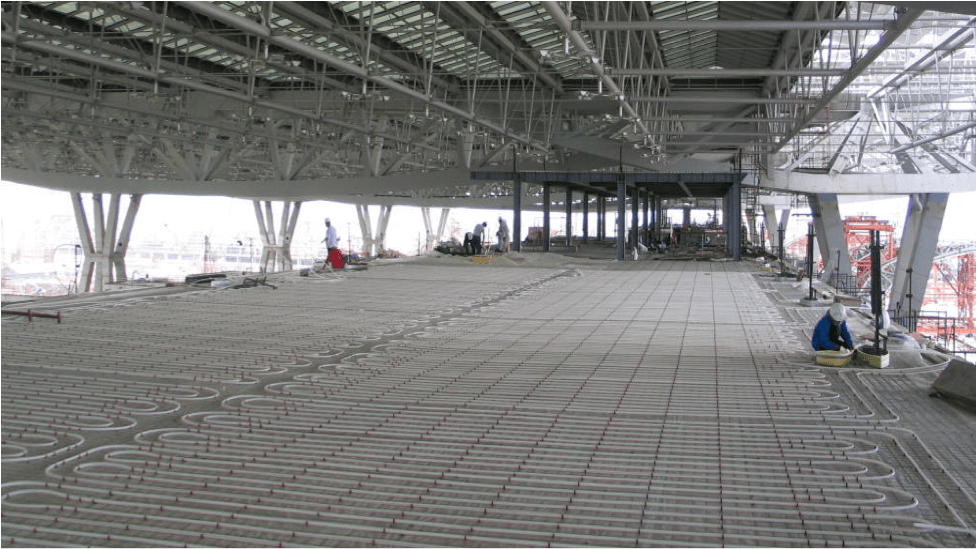 Radiant cooled floors have been successfully used on many projects over the past twenty years and many ASHRAE and other peer reviewed papers have been written on these projects. However, many questions still arise regarding the performance of radiant cooled floors when subjected to solar radiation. Even with this research many questions are still being raised regarding the performance of a radiant cooled floor when absorbing solar radiation. Radiant systems are dimensioned in accordance with the ensuing radiant heat exchange in the space.  Radiant systems are usually designed as a hydronic system therefore the amount of space necessary for the installation is considerably less than a conventional air conditioning system. Because of the low plenum height necessary to accommodate the installations, more architectural freedom is provided. The radiant system can be designed to provide both individual and zone control.